Exploring The Different Types of Bollards 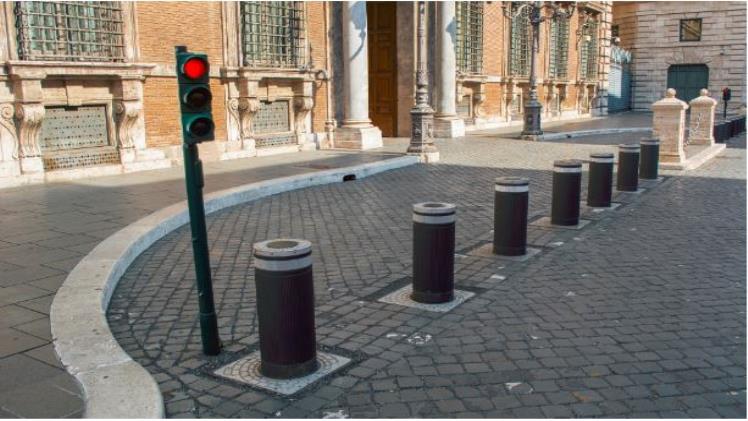 In order to control the general flow of traffic and safeguard the safety of drivers and pedestrians, tight laws are placed on major roads, in public spaces such as churches and plazas, and in other locations. An access control and safety device like a bollard from First Choice Bollards can be useful in these situations since driving can result in drivers going in the incorrect direction or through areas not intended for cars.

An embedded short post known as a bollard can be seen on streets, parking lots, sidewalks, and other similar surfaces. A bollard’s function is to provide a safety barrier that keeps automobiles where they should be and protects nearby businesses and people. It’s critical to understand which sort of bollard best meets your requirements and objectives.

First Choice Bollards created a concise tutorial on the many varieties of bollards available, as well as their intended purposes and advantages, to assist you in establishing what you need. Keep on reading until the end of this article to explore more of what kind of bollard is right for you.

The Common Types of Bollards

Bollards that are deeply implanted in the ground are simply referred to as embedded bollards. Usually, this is done for increased security and strength. Any typical bollard material, such as steel, concrete, or even wood, can be used to create embedded bollards, but their strength depends on the foundation in which they are buried. A steel post that has been deeply embedded inside a reinforced concrete base and filled with concrete will be exceedingly sturdy. On the other hand, a wooden post buried in soft mud or sand won’t offer as much defense.

When coring out existing concrete or asphalt surfaces, the cost of this sort of bollard might be substantial. Additionally, it can damage the base, making it even less suitable for applications like a structural concrete parking deck. On the other hand, this is possibly the cheapest and most straightforward method for installing a bollard in an unpaved area. You can discuss these factors with your bollards provider like First Choice Bollards.

This kind of bollard is mounted to the surface using an anchor mechanism, often one that is mechanical. Even while this installation method is cheap, it is also not particularly secure. The anchors are frequently the weakest connection and fall away immediately after impact, producing a slanted bollard and a broken base. However, this form of First Choice Bollards’ installation is most cost-effective when the bollard’s function is to merely offer a physical or psychological barrier. In a post-tensioned concrete structure, shear bolts could also be required to avoid collision with the bollard from possibly jeopardizing the structure.

Rebounding bollards, a relative newcomer to the world of bollards, employ energy absorption technology to combine the flexibility and inexpensive installation costs of surface mounted bollards with the robustness of certain buried bollards. As some device, such as an elastomer or spring system, more gradually absorbs and distributes the energy of the vehicle when it impacts a rebounding bollard, it is permitted to tilt.

The bollard then, hopefully, returns to its initial location intact and in good working order. Advanced polymers are used in some barriers, which don’t yield under heavy weight like metal or concrete would.

The reduction of damage to cars, passengers, and goods owing to the more gradual absorption of impact energy is another benefit of this kind of system. Consider hitting a huge concrete bollard with a car. It is similar to striking the proverbial brick wall since there is practically no yield; the car and its occupants feel every jolt of energy. That energy may be spread out over several hundred milliseconds using a flexible bollard system. Even while it might not seem like much, it significantly affects the peak forces felt. Some of these bollards aren’t even designed to have the ability to deny traffic. They serve primarily as psychological barriers and sign markers as a result.

In order to give you as the owner or a possible traveler access to the space ordinarily blocked by the bollard, retractable and detachable bollards have been created. First Choice Bollards suggests that there are a few different ways to accomplish this. The pipe-in-a-tube technique, which involves digging a hole in the earth, is the lowest technology. When access is needed, the bollard may then be taken out of the socket. Although it is not costly, getting to the location involves hard labor. Use of pivoting bollards is a second method.

The automated retractable bollard is the last and most costly approach. The bollard, which is often hydraulically driven, really sinks directly into the ground and becomes flush with the surface during entry. A hydraulic bollard can be activated in a variety of ways, including push buttons used by security guards, remote controllers, and toll booth payment systems.